From ancient Egyptian archaeological mummies to “interrogating” ancestral DNA, the new winner of the Nobel Prize in Physiology or Medicine lights up the “cold bench” – The Teller Report The Teller Report

Home » News » From ancient Egyptian archaeological mummies to “interrogating” ancestral DNA, the new winner of the Nobel Prize in Physiology or Medicine lights up the “cold bench” – The Teller Report The Teller Report

From ancient Egyptian archaeological mummies to “interrogating” ancestral DNA, the new winner of the Nobel Prize in Physiology or Medicine lights up the “cold bench”Flying into the homes of ordinary people

Why do Asians have more asymptomatic encounters with the new coronavirus? This may be related to some of the ancient Neanderthal genes inherited by South and East Asians. Extinct ancient human groups had transcontinental “gene exchange” with our ancestors and affected the survival and life of modern humans? These intriguing mysteries are solved, leading to more important scientific proposals to be solved. The Nobel Prize in Physiology or Medicine 2022 was announced today, awarded to the Swedish scientist, Svante Pääbo, for his “contributions to human evolution and the study of the extinct human genome”. The world-recognized god of ancient DNA research, traced DNA back over thousands of years with groundbreaking research, and opened a new discipline – paleogenomics.

Flowering paleogenomics is definitely the “surprise” of this year’s Nobel Prize in Physiology or Medicine. Almost all previous predictions had been “exterminated”, and even paleogenomics almost never appeared in the prediction horizon.

However, according to Xu Shuhua, a distinguished professor at Fudan University’s School of Life Sciences, Pabo’s award is well deserved.

Archeology and paleontology have roughly outlined the appearance, routes and lifestyles of human ancestors, but our curiosity about origins awaits more detailed answers. The genome is the best clue. In the late 1990s, almost the entire human genome had been sequenced, promising to unravel the genetic relationships between different populations. But in order to answer the relationship between the extinct “relatives” of Homo erectus, the ancestor of Homo sapiens, and modern humans it is necessary to sequence genomic DNA from ancient samples.

“Over thousands of years, DNA will be chemically modified and degraded into fragments, and what is even more difficult is that the remaining trace amounts of DNA will be contaminated by bacteria and contemporary human DNA,” said Xu Shuhua. Pabo won the Nobel Prize because he broke through this “impossible task” – from a technical point of view, Pabo innovatively used new technologies to isolate DNA from ancient bone remains and efficiently sequence them, and he pioneered a series of operating procedures that specifications to be Guaranteed to be free from contamination; on the other hand, scientists use data resources derived from Pabo’s team and their colleagues extensively to promote understanding of human evolution and migration as well as our own understanding of the diversity of our communities. their own genome.

“He pioneered the new discipline of paleogenomics. Under his leadership and development, the genomes of ancient humans have been continuously analyzed, and many of our recent studies have been extended based on his research results. More importantly , including the ancient DNA of Fudan University Including, laboratories around the world are built and operated according to the technical standards established by Pabo. His research has not only advanced human scientific understanding, but has continued to have an important impact on academic research.”

It all starts with mummy

Pabo, who has grown up writing, became fascinated by ancient history during a trip to Egypt at the age of 13. Before pursuing a PhD in biology, he studied Egyptology at Uppsala University in Sweden and was obsessed with pharaohs, pyramids and mummies. Along with the excitement of achieving breakthroughs in the world of biology, this interest in ancient Egypt did not fade. In the 1980s, he was well aware that cloning DNA from bacteria, which had not yet been used in archaeology, could help mummy research. This is where the DNA research over thousands of years begins.

In 2010, he published the first Neanderthal genome sequence, and a comparative analysis showed that the Neanderthal DNA sequence is more similar to that of modern humans originating in Europe or Asia than in Africa. This means that Neanderthals and Homo sapiens have interbred over thousands of years of coexistence. In modern humans of European or Asian descent, about 1%-4% of the genome comes from Neanderthals. Subsequent research also found that during the eastward expansion and migration of Homo sapiens out of Africa, they not only met and interbred with Neanderthals, but also with Denisovans.

Why should we go back in time? Professor Xu Shuhua pointed out that the paleogenomics technology established by Pabo not only promoted the development of anthropology and the deepening of human self-awareness, but also that the scientific discoveries it triggered had a profound impact on all aspects of medicine and even everyday life. For example, Pabo’s research revealed that ancient gene sequences can affect the physiology of humans today. For example, Neanderthal genes affect our immune response to different types of infections. The latest research examines the relationship between certain gene fragments and a new trend for the crown. There are also several Denisovan genes that give humans an advantage in high-altitude survival, which are common in present-day Qinghai-Tibet Plateau populations; the FOXP2 gene from Homo erectus is the genetic basis for language function, reversal studies or It will promote research on language disorders, language and intelligence, and more.

Anthropology and evolutionary genetics seem to be a “cold bench” compared to the hot topics in biomedicine. From the 1980s to winning the Nobel Prize this year, Pabo has been focusing on paleogenomics research for more than 40 years. Xu Shuhua believes that his persistence stems from the “inner drive” of interest. “Many disciplines that focus on basic theoretical research, such as anthropology, archaeology, population genetics, and molecular evolution, often lack social attention. be ‘ Illuminate this field and play a positive role in the whole field, ” said Professor Xu Shuhua.

This is also a frontier that urgently needs to be interdisciplinary to solve new mysteries. “Actually, we are very inclined to join students with cross backgrounds such as mathematics, computer science, statistics, linguistics, archeology and sociology to join this charming ‘jianghu’,” said Xu Shuhua. 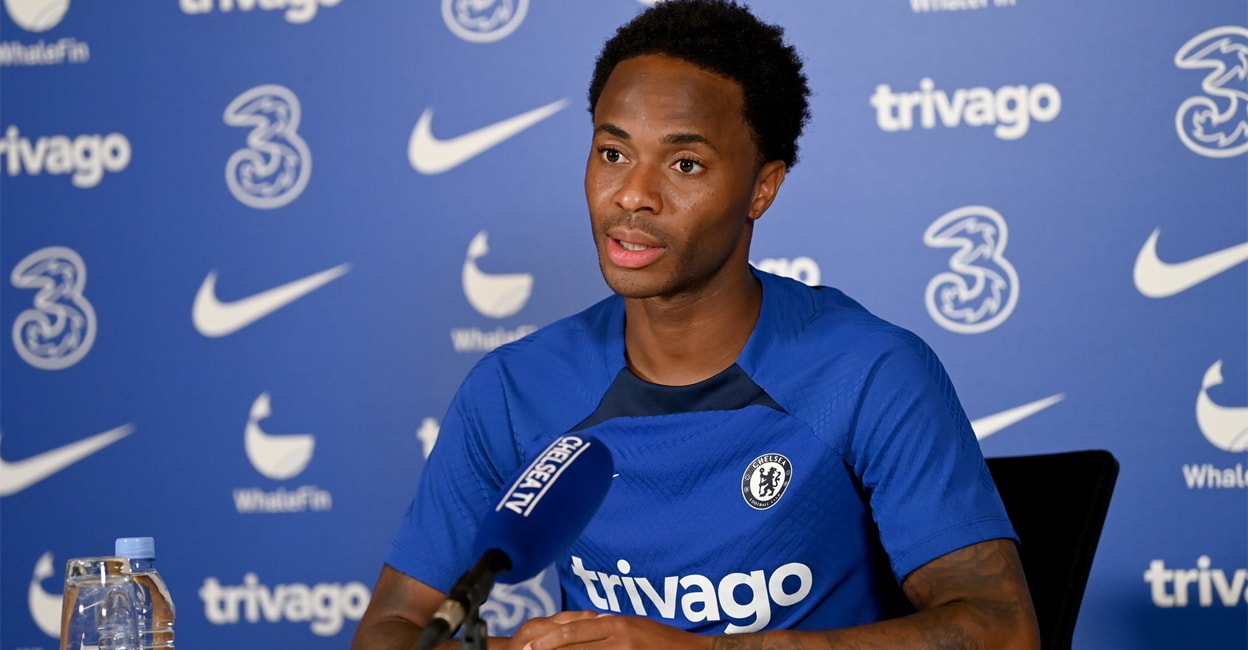 England star Sterling will not be returning to Qatar anytime soon

England star Sterling will not be returning to Qatar anytime soon