Ever since the suspenseful female posters and trailers, ‘Ini Awadab’ is the film the audience has been waiting for. Siddharth Menon and Aparna Balamurali play the lead roles in the film directed by Sudheesh Ramachandran. The film is produced by Varun Raj and Arun Raj under the banner of A&V Entertainment. This is the first time that the Srivatsam Group, which has established itself in the business sectors of jewellery, textiles, automobiles, finance and hospitality, has entered the film production sector through A&V Entertainment. The makers open up about ‘Ini Uttara’ and the new film venture.

The Srivatsam Group, which has ventures in several fields, is stepping into the film industry. How did you come to this decision?

The script of the film itself brought Srivatsam Group into this field. He came into film production after hearing the story and liking it. As soon as I heard the story, I decided to make this film.

After two and a half years after major crises, Malayalam cinema is once again active in theatres. Will it be a step towards incorporating new changes?

When he decided to make the film, he wanted to release it theatrically as the first film of the producer and director. There is good hope. The film is finished in the same condition. The drawing is done quickly without any delay. An emotional thriller, ‘Ini Awad’ is an emotional thriller. Personally, I watch a lot of thrillers. It also makes me happy that the film I am doing for the first time is in Malayalam then.

Now what about the answer?

Being an emotional thriller, not much can be said about the film now. But it won’t be exactly like watching a thriller. The picture is prepared in a different way. The film brings a different attitude in the society.

What genre of films will A&V Entertainment prioritize?

It is not necessary to work only in the thriller genre. If the characters and the story are so good, I would like to make more films. Accordingly, the stories have begun to be heard. If we do the next film, it will be after the release of ‘Ini Uttara’. 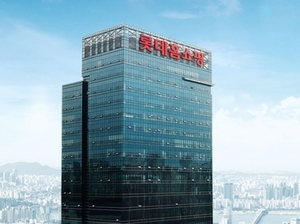