Is North Korea preparing for a large-scale provocation at the end of the year? South Korea and the United States remain vigilant and monitor activities against North Korea

Home » World » Is North Korea preparing for a large-scale provocation at the end of the year? South Korea and the United States remain vigilant and monitor activities against North Korea

‘Elephant Walk’ training is underway at Kadena Air Base, located in Okinawa Prefecture, Japan, using F-22 ‘Raptor’ fighter jets. (Provided by the US Department of Defense)

South Korean and US military authorities are strengthening their posture of preparedness as they watch for the possibility of high-intensity provocations by North Korea at the end of the year, such as additional launches of intercontinental ballistic missiles (ICBMs) and its seventh nuclear test .

This is in response to Kim Yeo-jeong, Vice Chairman of the Central Committee of the Workers’ Party of Korea, criticizing the convening of a meeting of the United Nations Security Council in connection with North Korea’s ICBM launch in a statement on the 22nd, and warning that “We will respond with an extreme hard line until the end.”

In this statement, Deputy Minister Kim, the younger brother of general secretary Kim Jong-un, protested that holding a meeting of the Security Council on the basis of North Korea’s ICBM launch was “an obvious double standard.”

Regarding the issuance of a joint statement condemning North Korea’s provocation by 14 countries, including South Korea, the United States, and Japan, after the Security Council meeting, Vice Minister Kim said, “The United States came out with a bunch of ragtag people who vented their anger for not realizing their impure prayers.” “It is a sight that can only be compared to a frightened barking dog,” he condemned.

Vice Minister Kim is the person who oversees North Korea’s de facto foreign policy, and his comments are evaluated to reflect the intentions of General Secretary Kim more than any other figure in North Korea.

When North Korea blew up the inter-Korean coordination office in the Kaesong Industrial Complex without permission on June 16, 2020, on the 13th, three days ago, it also issued a speech criticizing South Korea in the name of Vice Minister Kim. 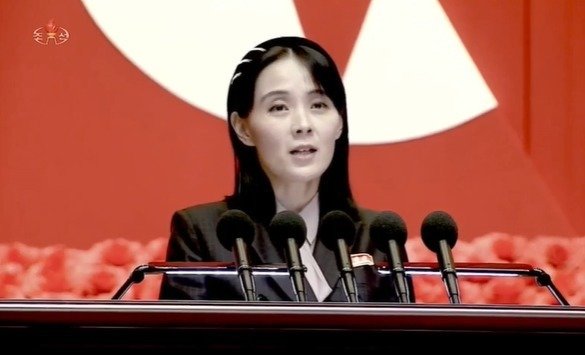 In this regard, it is known that the ROK and US authorities do not rule out the possibility that North Korea will take ‘steps’ in support of Vice President Kim’s statement.

On the 17th, North Korea, in the name of Foreign Minister Choe Son-hui, said, “The more the United States focuses on strengthening the extended deterrence provision for its allies, and the more provocative military activities and pretentious that accentuates the Korean. Penrhyn and in the region, the greater our military response will be in direct proportion to that. After claiming that it will become fierce,” he also fired ballistic missiles for two days in a row.

In particular, considering that the 23rd marks the 12th anniversary of the bombing of Yeonpyeong Island, the military authorities are said to be keeping an eye on the dynamics of the North Korean army in the border area, including the 5th island in the West Sea. Earlier, on November 23, 2019, North Korean General Secretary Kim inspected the western front, including the defense units of Changrin Island in the West Sea, and directly ordered coastal artillery fire.

In the midst of this, the South Korean Air Force carried out warning and surveillance activities against North Korea by flying the E-737 ‘Peace Eye’, an airborne early warning and control aircraft, early in the morning following the previous day.

Defense Minister Lee Jong-seop delivered a memorial address to the commemoration ceremony for the 12th anniversary of the Yeonpyeong Island bombing held at the National Cemetery in Daejeon on the same day, saying, “If North Korea launches a direct provocation, we will respond immediately and decisively in self-defence.” “Today’s Gold Price” December 3, open the market on holidays, keep an eye on all day, adjust

“Today’s Gold Price” December 3, open the market on holidays, keep an eye on all day, adjust