Reconstruction fee of 400 million won If you own an apartment for 10 years, you only pay 158 million

Home » Business » Reconstruction fee of 400 million won If you own an apartment for 10 years, you only pay 158 million

The surcharge on excess reconstruction income for single-family homeowners who have owned Banpo Jugong Complex 1 (3-ju-gu) in Seocho-gu, Seoul for more than 10 years will be reduced by 400 million won to a maximum of 158 million won. The time of calculation of the levy has also been changed to the ‘date of approval of the establishment of the association’, which will be delayed for two to five years.

On the 29th, the Ministry of Land, Infrastructure and Transport published the ‘Measures to Rationalize Reconstruction Additional Profit Tax’. First of all, the tax exemption standard will be raised from the current 30 million won to the 100 million won. To this end, the amendment bill to the ‘Act on the Recovery of Excess Reconstruction Profits’ enacted in 2006 will be presented to the National Assembly next month. This is the first time in 16 years that the government has begun to reform the law relating to the excess profits from reconstruction.

The key to the plan announced by the Ministry of Land, Infrastructure and Transport on this day is to significantly reduce the burden of reconstructed flats for long-term holding (6 to 10 years) and reconstructed flats with contribution of 150 million won or less. . To this end, the current levy rate of 20 million won will be expanded to 70 million won. Until now, 50%, the highest rate, was applied when the amount exceeds 110 million won, but the revised bill significantly raised the 50% application section to ‘380 million won’. One homeowner who owns a reconstructed apartment for a long time will receive an additional discount of up to 50%. Reverse calculation of the completion time, owners for more than 6 years will receive an additional discount of 10%, and owners for more than 10 years will receive a discount of 50% by expanding the incremental application for each holding period. Accordingly, the burden of the Banpo Jugong Complex 1 will be reduced from 400 million won to a maximum of 158 million won.

If this excess profit rationalization plan is confirmed, 38 of the 84 complexes across the country that have been notified of the levy in July will be exempt. Kwon Hyuk-jin, head of the Ministry of Land, Infrastructure and Transport, said, “We have adjusted the levy reasonably to facilitate the supply of housing in the city centre. We will discuss closely with the National Assembly to review the law.”

Since 2018, when the excess profit recovery system was recreated, 84 rebuilt flats have been notified of the expected amount of the excess profit levy. The maintenance industry has been consistently demanding system improvement, saying the excess profit levy amounting to hundreds of millions in earnings is a ‘nail regulation’ that prevents rebuilding action. On the 29th, the government accepted this demand and came up with a plan to rationalize the excess profit burden on rebuilding, with the intention of accelerating the supply of privately led urban housing.

○ Expand the exemption from excess profits up to KRW 100 million

Excess profit from the current rebuilding system is considered as excess profit by subtracting the increase in the average house price in the area from the house prices that have risen from the formation of the rebuilding promotion committee to the completion of the work rebuild. If the amount of excess profit exceeds 30 million won, a maximum of 50% is set. An excess profit buyback system was introduced in 2006 during the Roh Moo-hyun administration, but its implementation was delayed due to the real estate recession in the late 2000s, but it was revived in 2018 under the Moon Jae-in administration.

○ The benefits of newly established associations in the last 1-2 years are likely to be great.

According to the results of the simulation by the Ministry of Land, Infrastructure and Transport, the effect of reducing exclusion is greater for rebuilt flats with lower notification fees. Regarding the reconstruction apartment, where the estimated amount of burden per household was 100 million won, the burden will be reduced to 30 million won through this measure. If it is maintained for 10 years or more, it will be reduced to 15 million won. Apartments with a contribution of about 400 million won, concentrated in Seoul, can be exempted from a minimum of 85 million won to 61% of the maximum.

The delay in starting to calculate excess profits also reduces the tax burden. According to the Ministry of Land, Infrastructure and Transport, the estimated amount to be raised is 100 million won for a reconstructed apartment building A in the province, but a total of 80 million won is expected to be reduced due to the increase in the levy. standard (earned -70 million) and change the start time (earned -10 million). An official from the Ministry of Land, Infrastructure and Transport said, “It is expected that the price of recently established flats with a sudden increase in house prices will be large, as the prices at the time of starting to calculate the excess profit will rise significantly.” A representative example is the modern complexes in Apgujeong-dong, Gangnam-gu, where one cooperative after another was established last year. However, as the calculation period of the rebuilding charge is up to 10 years, if it is more than 10 years from the society’s approval time to the time of completion, there is no effect of reducing the charge due to adjusting the time . of installation.

The Ministry of Land, Infrastructure and Transport estimated that 38 of the 84 flats for which the proposed levy was notified by July this year will be exempt from the levy through this improvement plan. Nationwide, the number of complexes with a levy of 100 million won or more will be reduced from 19 to 5, and the number of complexes charged under 10 million won will also be reduced from 30 to 24. 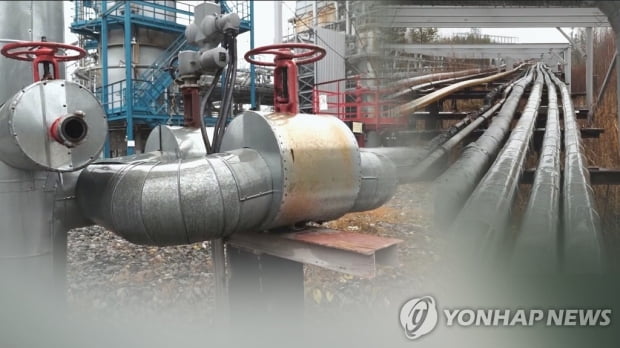