Foreign affairs committee clashes over the dismissal of ministers… Clash between the action committee and the overdefence
The Judiciary Committee is the ‘biggest battleground’, including Lee Jae-myung’s legal risk and Kim Gun-hee’s allegations

The first inspection of Yun Seok-yeol’s government begins on the 4th. The ruling party intends to raise various allegations against the former government as a result of the Audit and Inspection Board’s attempt to investigate former President Moon Jae-in in writing regarding the ‘killing of a public official at Sea the West’.

On the other hand, the opposition plans to focus on the issues related to President Yoon Seok-yeol’s foreign trip and Kim Kun-hee’s thesis, which they have defined as a ‘diplomatic disaster’.

The battle between the two parties is expected to begin in earnest from the National Audit of the Foreign Affairs and Unification Committee of the Ministry of Foreign Affairs which is to be held on the 4th. The Democratic Party of Korea criticizes President Yoon’s ignorance of a motion to dismiss Foreign Minister Park Jin as “ignoring parliament,” while the Democratic Party is likely to repeatedly call for Minister Park’s voluntary resignation and the dismissal of diplomatic officials and security. People’s Power is expected to point out the impropriety of the Democratic Party’s campaign to dismiss Minister Park during a visit to South Korea by Vice President Kamala Harris, saying she is not addressing her diplomatic counterparts.

A battle without concessions between the opposition parties and the opposition parties is also expected in the Steering Committee, which has the presidential office as a body under scrutiny. The two parties have already clashed over the request to attend the meeting of the president’s office at the steering committee meeting on the 30th of last month. In the National Assembly, the Democratic Party intends to focus on the controversy surrounding the trip and the cost of relocating the presidential office.

As for Kim Kun-hee, the main topics of the National Assembly are suspicions of manipulation of Deutsche Motors stock prices in the Judiciary Committee and plagiarism of papers and fake academic records in the Board of Education. First of all, in the Judiciary Committee, the Democratic Party requested witnesses in connection with the allegation of interference for the benefit of First Lady Kim and former Chairman of Deutsche Motors Kwon Oh-soo. However, agreement with the ruling party on the adoption of witnesses is not expected to be easy. In the education committee, the Democrats adopted only witnesses related to thesis manipulation.

However, Hong-jae Lim, president of Kookmin University, and Yoon-geum Jang, president of Sookmyung Women’s University, who were selected as witnesses, submitted written reasons for non-appearance due to overseas business trips. A tug of war is expected to continue between the Democratic Party, which intends to review the issuance of a related order, and the power of the people to stop it.

Various allegations regarding Democratic Party leader Lee Jae-myung are also on the agenda of the Public Administration and Security Committee and the Judiciary Committee. At the same time, People’s Power intends to focus on the suspicion of collusion between CEO Lee and the SsangBul Group, and at the same time question the case of Seongnam FC’s sponsorship and the suspicion of preferential treatment for development in Daejang-dong. and Baehyeon-dong, Seongnam, and headed for Lee. 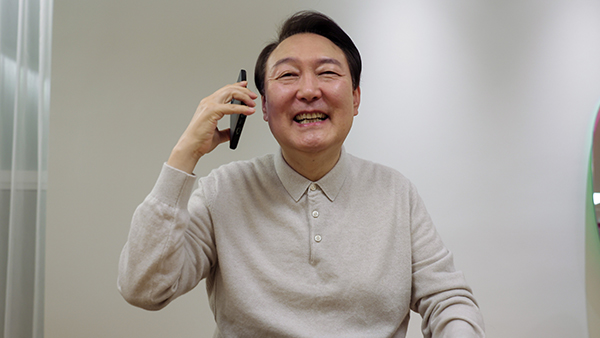 White House “Sanctions on Korea, the United States and Japan alone were coordinated among the three countries”

White House “Sanctions on Korea, the United States and Japan alone were coordinated among the three countries”